​West Ham will not be able to complete the signing of Maxi Gomez on deadline day, with Celta Vigo insisting that the Uruguayan striker stay put until the end of the season.

The Hammers had indicated earlier in the month that they were willing to meet Gomez’s£43.5m valuation, and the 22-year-old was reportedly keen to play under Manuel Pellegrini.

However, the​Evening Standardreports that Celta Vigo have refused to sell Gomez this month because they believe he is key to their chances of staying in La Liga. Os Celestes have the worst form of any team in the league with five consecutive defeats, which has seen them slip from 10th to 18th, two points adrift of safety following last weekend’s loss at Valladolid.

​West Hammay have pushed harder to sign Gomez this month if​Marko Arnautovichad left, but the Austrian’s proposed move to China fell through and he signed a new contract.

Arnautovic is expected to leave at the end of the season, at which point West Ham will rekindle their interest in Gomez, and they may be able to bring the price down if Celta are relegated. 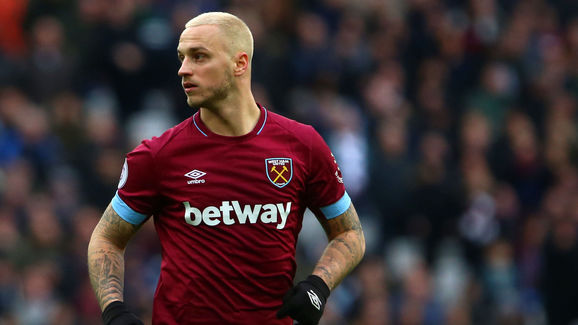 Signed from Uruguayan side Defensor Sporting in 2017, Gomez enjoyed a memorable first season in Spain as he scored 17 La Liga goals for Celta, forming a formidable partnership with teammate Iago Aspas.

They have kept their chemistry going this season, scoring over half of Celta’s league goals between them, but a leaky defence has put them in danger of a first relegation since 2006/07.

The proposed transfer fee would be a new club record for West Ham, surpassing the £36m they paid for Felipe Anderson last summer.